"The city walls are patrolled at night in a bid to keep the peace, and our company find themselves atop the walls one night, sitting around a camp fire, telling ghost stories and tales of Derry history and lore to pass the night. One begins to tell the story of “Hamlet, prince of Derry”, who lived many years prior, during another conflict, when the city was besieged – and, as the story is told, before our very eyes, it comes to life."

Due to the outbreak of Covid-19, there has been a change of plans with regard to the performance. As a result of this, the performance has been adapted as a Radio Play, with the same cast members as before performing their respective roles. For more information, see below:

We are delighted to announce that we will once again be working with the amazing Conall Morrison who will be directing members of our company in an adaptation by Colin Murphy of Hamlet, Prince of Derry. The vision is to open the play in a post-Brexit Derry, where the city is once again surrounded by a hard border.

A State in crisis.
A royal family divided.
The online mob is angry.
Everybody is spying on everybody else.
Something is rotten in the state of Derry, and Hamlet is determined to fix it… between all-night gaming sessions, angry rants on YouTube, and fighting with his girlfriend on Snapchat. 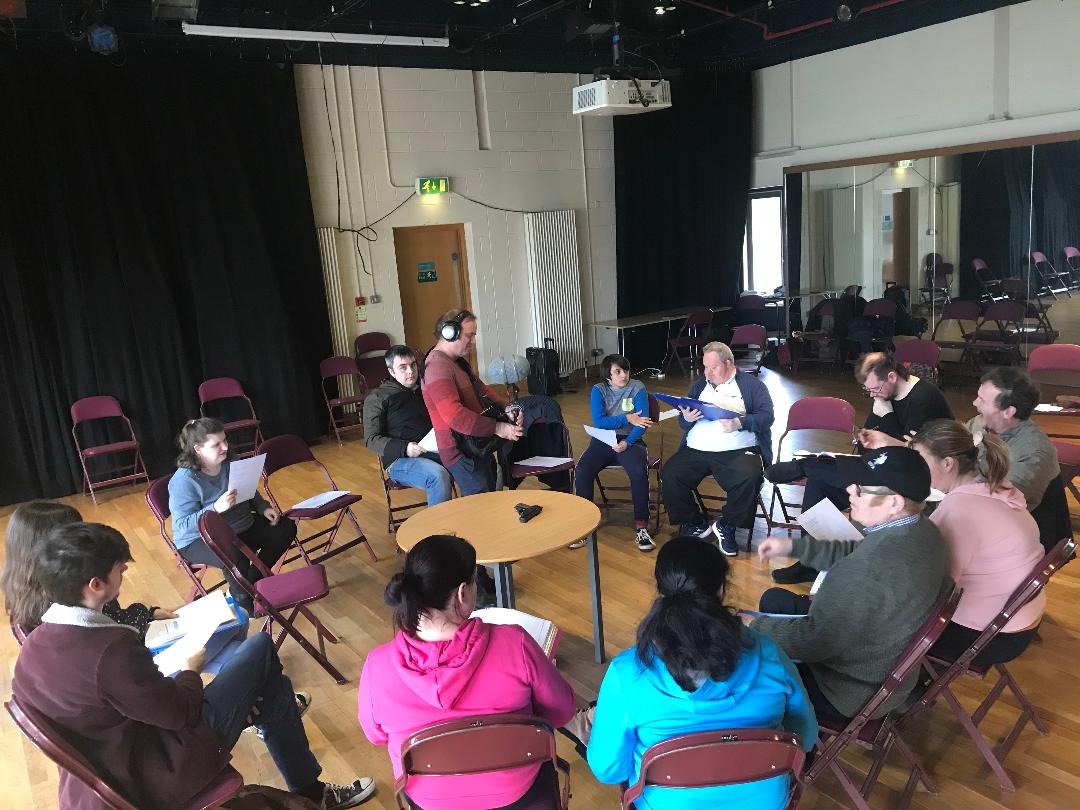 This is HAMLET, PRINCE OF DERRY - a Hamlet for our distracted times.

STAGE BEYOND, Derry’s theatre company for adults with learning disabilities, bring their unique skillset and perspective to the most famous play in the English language.

Adapted for the company by Colin Murphy and directed by renowned Shakespearian director Conall Morrison.

HAMLET, PRINCE OF DERRY was due to open this weekend. Because of the Covid-19 crisis, we have had to postpone the stage production till next year.

But in the meantime, thanks to the wonders of technology old (the wireless) and new (smartphones), we are moving the production to the radio.

RTÉ Radio One is currently working with the company to record a radio version of HAMLET, PRINCE OF DERRY for broadcast and podcast this summer. 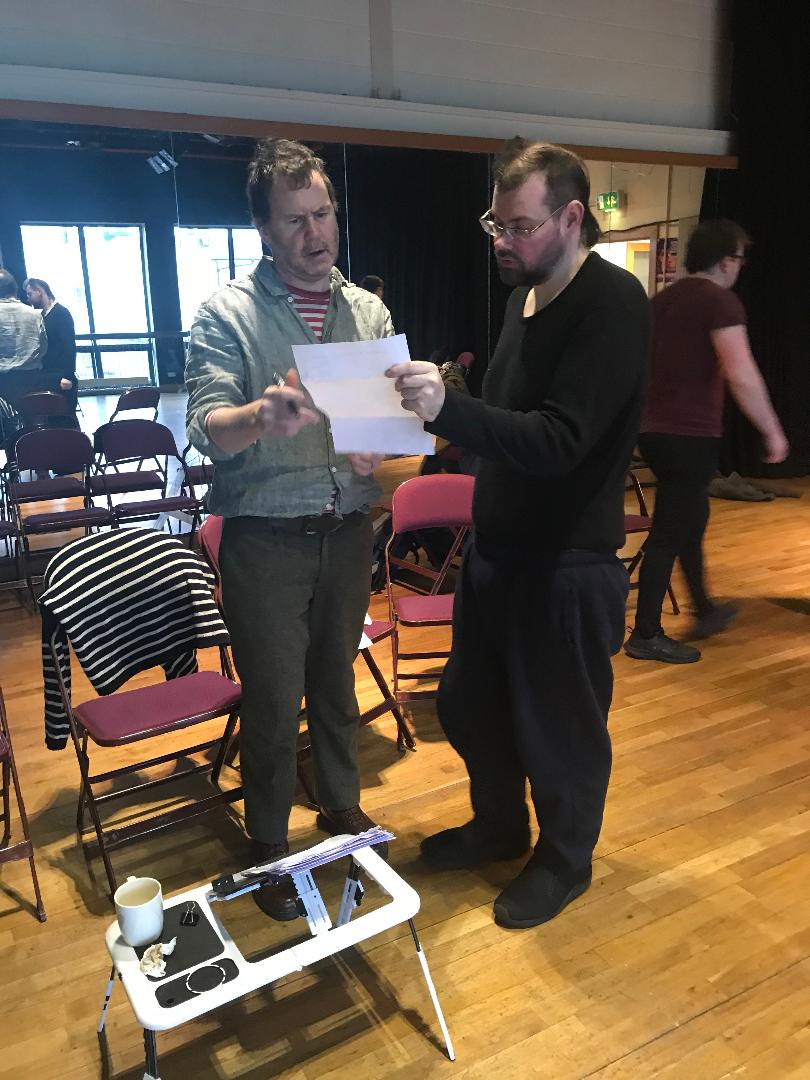 Writer Colin Murphy (A DAY IN MAY, GUARANTEED!, INSIDE THE GPO) said:

“This is a version of Hamlet written specifically for the skills of the Stage Beyond actors and set in a very contemporary Derry. Because everybody is always on their screens, it has transferred naturally to being recorded by the actors via their smartphones.."

Radio producer Kevin Brew, from RTÉ's Drama On One, said:

"These days we’ve been living through some very hard news and strange weather together. But one of the great pleasures of this time indoors, has been the daily listen to the band of players from Stage Beyond. They’ve harnessed all the apps they can find to record their lines, with a lot of panache and generosity, so we can bring the radio version of Hamlet, Prince of Derry, to air this summer."

"We were all hugely disappointed when the lockdown happened and our work on the plays in rehearsals was paused. But getting a chance to record the play for radio has turned out to be a very exciting way of harvesting all the work the actors had done. The stage production will ultimately get to dust down its rapiers and fight another day, but in the meantime, it's been invigorating and exciting working with the actors as they take their first steps into the world of radio production."

Conall explained how the process is working:

"Under the guidance of expert RTE radio producer Kevin Brew, we are ringing the company members individually, rehearsing with them down the line, and then recording them. Kevin will then face in to the task of editing the piece together, creating dialogue and group scenes from the separate recordings, adding music and sound effects, building the world of Hamlet, Prince of Derry. Initial experiments with the recordings are already sounding hugely promising, and the Stage Beyond cast are all greatly enjoying the process, adapting their acting style to suit the demands of the medium."

HAMLET, PRINCE OF DERRY by Colin Murphy after William Shakespeare, directed by Conall Morrison, produced by Kevin Brew and with an original score by Si Schroeder, will be broadcast in the Drama On One slot RTE Radio 1 in summer 2020. The drama will also made available for download at: rte.ie/dramaonone you can also tune into the Sunday Miscellany show on RTÉ.